Types, Lengths and Ends of Pipes

Pipe manufacturing refers to how the individual pieces of pipe are made in a pipe mill; it does not refer to how the pieces are connected in the field to form a continuous pipeline. Each piece of pipe produced by a pipe mill is called a joint or a length (regardless of its measured length). In some cases, pipe is shipped to the pipeline construction site as “double joints”, where two pieces of pipe are pre-welded together to save time. Most of the pipe used for oil and gas pipelines is seamless or longitudinally welded, although spirally welded pipe is common for larger diameters.

Steel Pipes are manufactured in 4 versions

Welded pipe (pipe manufactured with a weld) is a tubular product made out of flat plates, known as skelp, that are formed, bent and prepared for welding. The most popular process for large diameter pipe uses a longitudinal seam weld.

Spiral welded pipe is an alternative process, spiral weld construction allows large diameter pipe to be produced from narrower plates or skelp. The defects that occur in spiral welded pipe are mainly those associated with the SAW weld, and are similar in nature to those for longitudinally welded SAW pipe.

Electric Resistance Welded (ERW) and High Frequency Induction (HFI) Welded Pipe, originally this type of pipe, which contains a solid phase butt weld, was produced using resistance heating to make the longitudinal weld (ERW). But most pipe mills now use high frequency induction heating (HFI) for better control and consistency. However, the product is still often referred to as ERW pipe, even though the weld may have been produced by the HFI process.

This process is used to make larger sizes of seamless pipe, typically 6 to 16 inches (150 to 400 mm) diameter. An ingot of steel weighing up to two tons is heated to 2,370°F (1,300°C) and pierced. The hole in the hollow shell is enlarged on a rotary elongator, resulting in a short thick-walled tube known as a bloom.

An internal plug approximately the same diameter as the finished diameter of the pipe is then forced through the bloom. The bloom containing the plug is then passed between the rolls of the plug mill. Rotation of the rolls reduces the wall thickness. The tube is rotated through 90° for each pass through the plug mill to ensure roundness. The tube is then passed through a reeling mill and reducing mill to even out the wall thickness and produce the finished dimensions. The tube is then cut to length before heat treatment, final straightening, inspection, and hydrostatic testing.

This process is used to make smaller sizes of seamless pipe, typically 1 to 6 inches (25 to 150 mm) diameter. The ingot of steel is heated to 2,370°F (1,300°C) and pierced. A mandrel is inserted into the tube and the assembly is passed through a rolling (mandrel) mill. Unlike the plug mill, the mandrel mill reduces wall thickness continuously with a series of pairs of curved rollers set at 90° angles to each other. After reheating, the pipe is passed through a multi-stand stretch-reducing mill to reduce the diameter to the finished diameter. The pipe is then cut to length before heat treatment, final straightening, inspection, and hydrostatic testing.

This process is used for small diameter tubes only. The bar stock is cut to length and heated to 2,280°F (1,250°C) before being sized and descaled. The billet is then extruded through a steel die. After extrusion, the final tube dimensions and surface quality are obtained with a multi-stand reducing mill.

Originally this type of pipe, which contains a solid phase butt weld, was produced using resistance heating to make the longitudinal weld (ERW), but most pipe mills now use high frequency induction heating (HFI) for better control and consistency. However, the product is still often referred to as ERW pipe, even though the weld may have been produced by the HFI process.

The defects that can occur in ERW/HFI pipe are those associated with strip production, such as laminations and defects at the narrow weld line. Lack of fusion due to insufficient heat and pressure is the principal defect, although hook cracks can also form due to realignment of non metallic inclusions at the weld interface. Because the weld line is not visible after trimming, and the nature of the solid phase welding process, considerable lengths of weld with poor fusion can be produced if the welding parameters fall outside the set limits. In addition, early ERW pipe was subject to pressure reversals, a problem that results in failure in service at a lower stress than that seen in the pre-service pressure test. This problem is caused by crack growth during the pressure test hold period, which in the case of early ERW pipe was due to a combination of low weld line toughness and lack of fusion defects.

A note about the lack of fusion in ERW weld

As a result of these early problems, ERW pipe was generally regarded as a second-grade pipe suitable only for low pressure applications. However, prompted by a shortage of seamless pipe and the lower cost of ERW pipe, suppliers and end users directed a major effort toward improving the pipe mill quality in the 1980s. In particular, accurate tracking of the weld line by the automatic ultrasonic inspection equipment was found to be crucial, since the weld line can rotate slightly as the pipe leaves the welding station. In addition, the standard of heat treatment of the weld line, which is necessary to ensure good toughness, was found to be important and some specifications call for local weld line heat treatment using induction coils followed by full body normalizing of the whole pipe in a furnace. As a result of these improvements, modern ERW/HFI pipe has much better performance than the traditional product and has been accepted by a number of operators for high pressure gas transmission.

Text about types of welded and seamless pipe for this page are coming from: General Electric Company

Piping lengths from the factory not exactly cut to length but are normally delivered as:

Shorter and longer lengths are available, but for a calculation, it is wise, to use this standard lengths; other sizes are probably more expensive.

For the ends of pipes are 3 standard versions available.

The PE pipes will generally be used for the smaller diameters pipe systems and in combination with Slip On flanges and Socket Weld fittings and flanges. 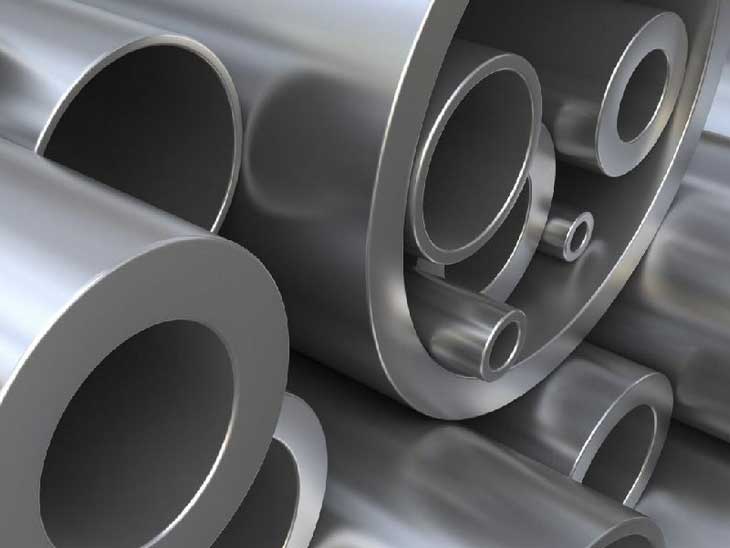 The TE implementation speaks for itself, this performance will generally used for small diameters pipe systems, and the connections will be made with threaded flanges and threaded fittings. 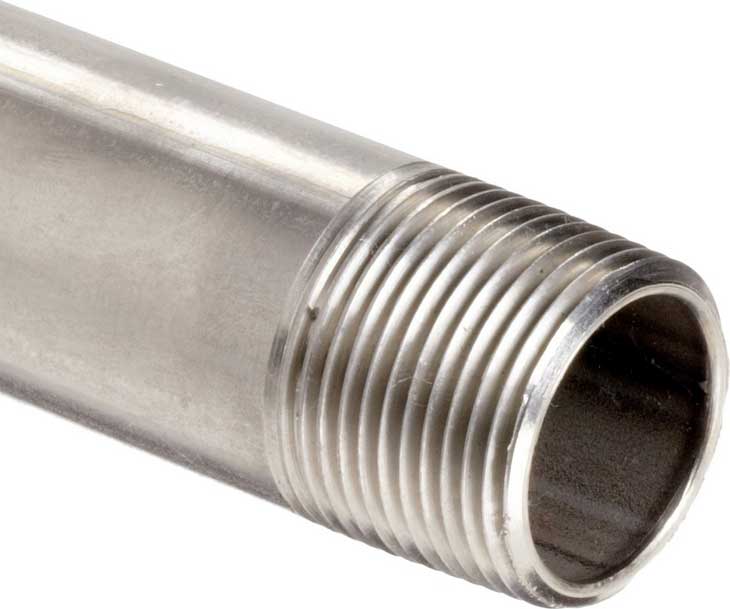 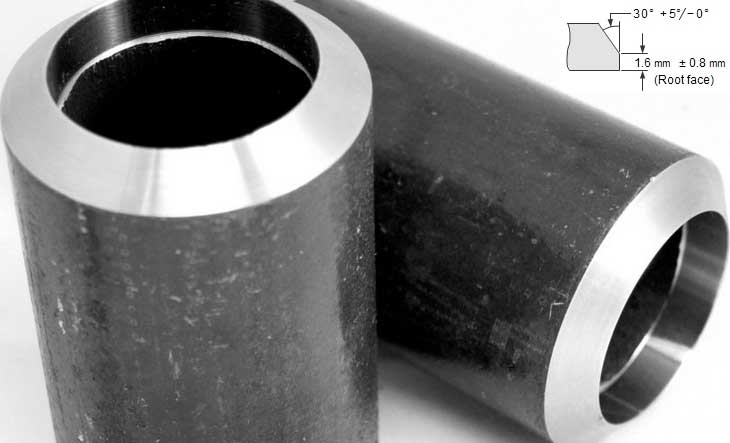