In destructive testing tests are carried out to the specimen’s failure, in order to understand a specimen’s performance or material behavior under different loads. They are done in laboratories, workshops or training centers and can be chemical or mechanical. Destructive testing is most suitable, and economic for objects which will be mass-produced, as the cost of destroying a small number of specimens is negligible. It is usually not economical to do destructive testing where only one or very few items are to be produced. Analyzing and documenting the destructive failure mode is often accomplished using a high-speed camera recording continuously until the failure is detected. These high-speed cameras have advanced recording modes to capture almost any type of destructive failure. After the failure the high-speed camera will stop recording. The captured images can be played back in slow motion showing precisely what happens before, during and after the destructive event, image by image. 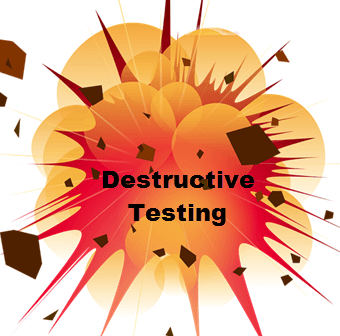 – Tensile Test: is a fundamental materials science and engineering test in which a sample is subjected to a controlled tension until failure. Properties that are directly measured by tensile test are ultimate tensile strength, breaking strength, maximum elongation and reduction in area. Tensile testing have a variety of purposes, such as predict how a material will perform in use, determine if, or verify that, the requirements of a specification, regulation, or contract are met and provide standard data for other scientific, engineering, and quality assurance functions

– Bending Test: A bend test also known as bend testing is a mechanical test used to measure stiffness and yield properties of a material or component. Bend testing is a destructive testing process used on raw materials and/or machined specimens. Bending a sample can determine how a material reacts under pressure. This test can help determine a material’s ability to resist cracking or other surface issues as force is applied during one continuous bend. Results are then compared to applicable test standards, quality requirements, industry codes or customer specifications. This test method is used to detect defects in weld materials and the ductility and bending ability of base materials.

– Flattening Test: The flattening test is designed to test the ultimate plastic deformation capacity and collapse deformation of seamless steel tubes under given conditions without crack defects. The principle is to apply the length of seamless steel tube to the specified length of the sample. According to the pressure, the distance between the two pressing plates under the action of force can reach the value stipulated in the relevant product standards.

– Hardness Test: The hardness test is a mechanical test for material properties which are used in engineering design, analysis of structures, and materials development. Hardness is defined as the resistance of a material to permanent deformation such as indentation, wear, abrasion, scratch. Principally, the importance of hardness testing has to do with the relationship between hardness and other properties of material. For example, both the hardness test and the tensile test measure the resistance of a metal to plastic flow, and results of these tests may closely parallel each other. The hardness test is preferred because it is simple, easy, and relatively nondestructive

– Izod Test: The Izod impact strength test is an ASTM standard method of determining the impact resistance of materials. A pivoting arm is raised to a specific height (constant potential energy) and then released. The arm swings down hitting a notched sample, breaking the specimen. The energy absorbed by the sample is calculated from the height the arm swings to after hitting the sample. A notched sample is generally used to determine impact energy and notch sensitivity. The test is similar to the Charpy impact test but uses a different arrangement of the specimen under test.

– Charpy test: The apparatus consists of a pendulum of known mass and length that is dropped from a known height to impact a notched specimen of material. The energy transferred to the material can be inferred by comparing the difference in the height of the hammer before and after the fracture (energy absorbed by the fracture event). The qualitative results of the impact test can be used to determine the ductility of a material. The quantitative result of the impact tests the energy needed to fracture a material and can be used to measure the toughness of the material. The Izod impact test differs from the Charpy impact test in that the sample is held in a cantilevered beam configuration as opposed to a three-point bending configuration.

– Fracture toughness test:  measures a material’s ability to resist the growth or propagation of a pre-existing flaw. The flaw or defect may be in the form of a fatigue crack, void, or any other inconsistency in the test material. Fracture toughness tests are performed by machining a test sample with a pre-existing crack and then cyclically applying a load to each side of the crack so that it experiences forces that cause it to grow. The cyclic load is applied until the sample’s crack grows. The number of cycles to fracture is recorded and used to determine the material’s fracture growth characteristics. 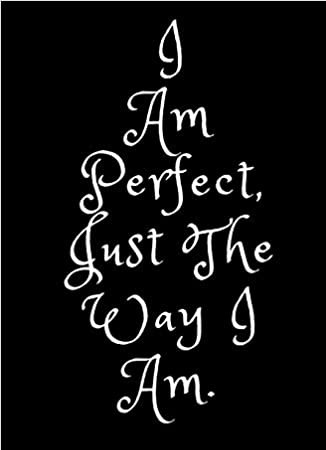