Sinton Asia Ltd. provides different types of non-destructive (NDT) and destructive (DT) and testing. Our services are performed in accordance with the international standards such as BS, ISO, ASTM, ASME, API and etc. The main purpose of carrying out inspection is the need for quality and several factors come into play when product quality is the concern, such as economics, safety, government regulations and global competition.These two methods ought to be complementary rather than being competitive.

Nondestructive testing (NDT) is a wide group of analysis techniques used in the science and technology industry to evaluate the properties of a material, component or system without causing damage. Because NDT does not permanently alter the material being inspected, it is a highly valuable technique that can save both money and time in product evaluation, troubleshooting, and research.

NDT is divided into various methods based on a particular scientific principle. These methods may be further subdivided into various techniques. The various methods and techniques, due to their particular natures, may lend themselves especially well to certain applications and be of little or no value at all in other applications. Therefore, choosing the right method and technique is an important part of the performance of NDT. 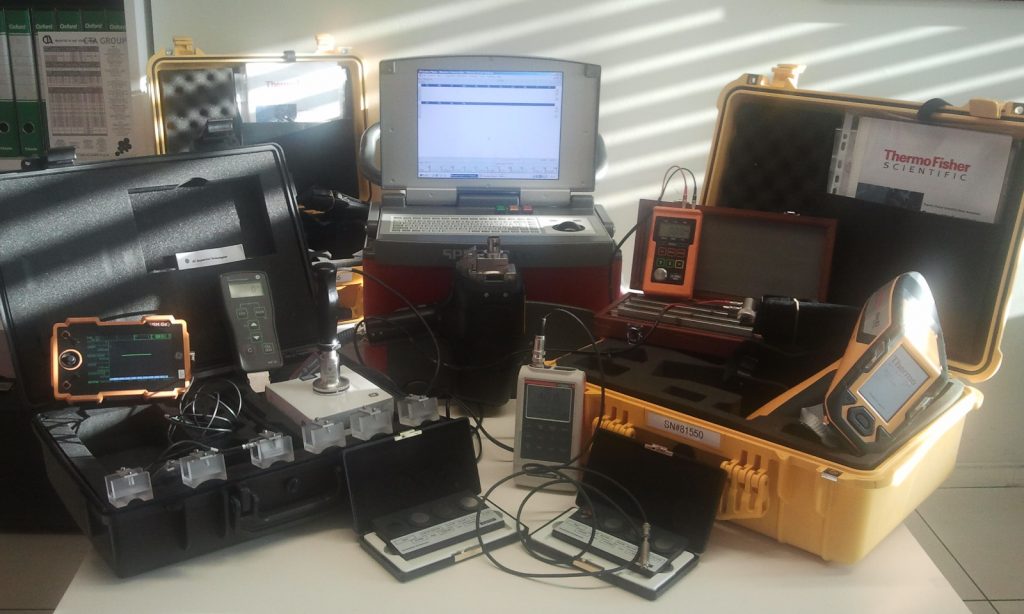 – Visual Testing (VT):  Visual Testing is the most straightforward NDT technique, where examiners can simply look at a part to see if surface imperfections are visible, or use computer controlled camera systems to automatically recognise and measure features of a specimen.

– Magnetic Particle Testing (MT): Magnetic particle inspection (MPI) is used to detect surface and near-surface flaws in ferromagnetic materials. A magnetic field is applied to the specimen and if the material is flawless, most of the magnetic flux is concentrated below the material’s surface. However, if a flaw is present, it will interact with the magnetic field and the flux will be distorted locally, escaping from the surface of the specimen where the flaw occurs. Fine magnetic particles applied to the surface of the specimen are attracted to the escaping flux, creating a visible indication of the flaw.

– Ultrasonic Examination, Inspection or Testing (UT): A sound wave is emitted from a transmitter which bounces off any objects in its path and is reflected back to a receiver. Knowing the speed of sound in the material enables the distance of an object to be determined by measuring the time that elapses between the transmission of the sound pulse and detection of what is known as the echo. There are two indications, one from the initial pulse of the transmitter and the second due to the back wall echo. A defect creates the third indication and simultaneously reduces the amplitude of the back wall indication. 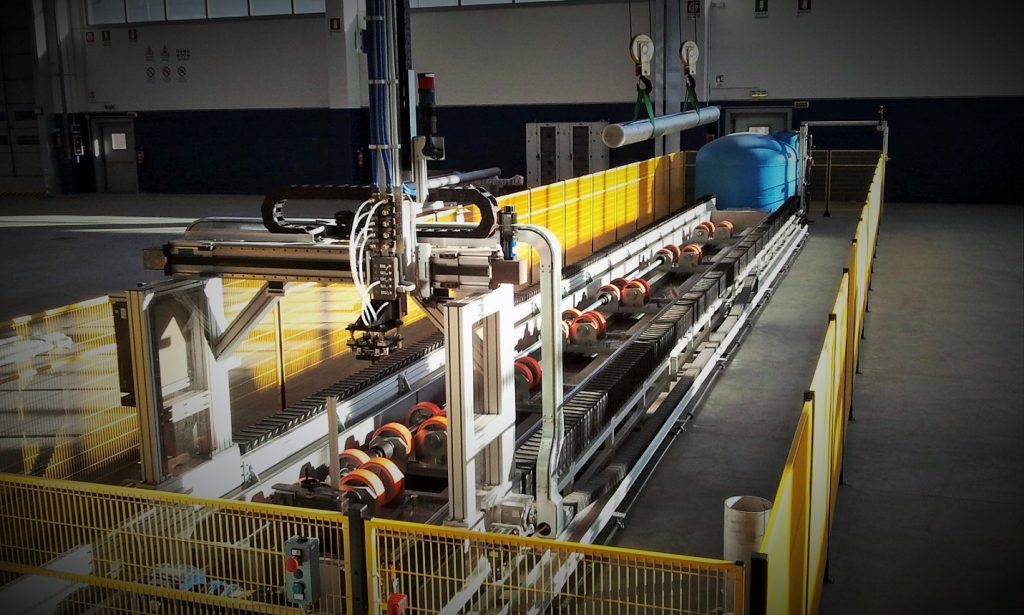 – Digital Radiography Testing: is an advanced technology based on digital detector systems in which the x-ray image is displayed directly on a computer screen without the need for developing chemicals or intermediate scanning.  The incident x-ray radiation is converted into an equivalent electric charge and then to a digital image through a detector sensor

– Thermographic Inspection (TT): Thermography is a non-contact technology where accurate temperature distributions across a surface are used to monitor machine or component condition and in some cases to predict failure. This technique uses a camera containing large numbers of infrared sensors which can detect and measure small temperature differences. Thermographic inspection is safe, nonintrusive and non contact, allowing the detection of relatively shallow subsurface defects (a few millimeters in depth) under large surfaces in a fast manner (from a fraction of a second to a few minutes depending in the configuration). A wide variety of energy sources can be used to induce a thermal contrast between defective and non-defective zones that can be divided in external, if the energy is delivered to the surface and then propagated through the material until it encounters a flaw; or internal, if the energy is injected into the specimen in order to stimulate exclusively the defects.

– Alternating Current Field Measurement (ACFM): ACFM is an electromagnetic NDT technique for detecting and sizing of surface breaking cracks in metallic components and welds. The probe introduces an electric current into the specimen and measures the associated electromagnetic fields close to the surface. The presence of a defect disturbs the associated fields and the current flows around the ends and down the faces of the crack.

– Eddy Current Testing (ECT): Conventional eddy current testing uses electromagnetic induction to detect discontinuities in conductive materials. A specially designed coil energised with alternating current is placed in proximity to the test surface generating changing magnetic-field which interacts with the test-part producing eddy current in the vicinity. Variations in the changing phases and magnitude of these eddy currents is then monitored through the use of receiver-coils, or by measuring changes to the alternate current flowing in the primary excitation-coil. The electrical conductivity variations or magnetic permeability of the test-part, or the presence of any discontinuities, will cause a change in eddy current and a corresponding change in phases and amplitude of the measured current.

– Positive Material Identification (PMI): is used to analyse and identify material grade and alloy composition for quality and safety control. It is performed on a wide range of components and assets, and provides a semi-quantitative chemical analysis. It is used for both material verification and identification. Positive material identification can prevent potential product failure in manufacturing. At oil and gas, power generation and pharmaceutical plants, pre-service and in-service inspection of critical components and welds with PMI can prevent breakdown and its costly consequences.

Positive material identification is performed using either of the two techniques below: 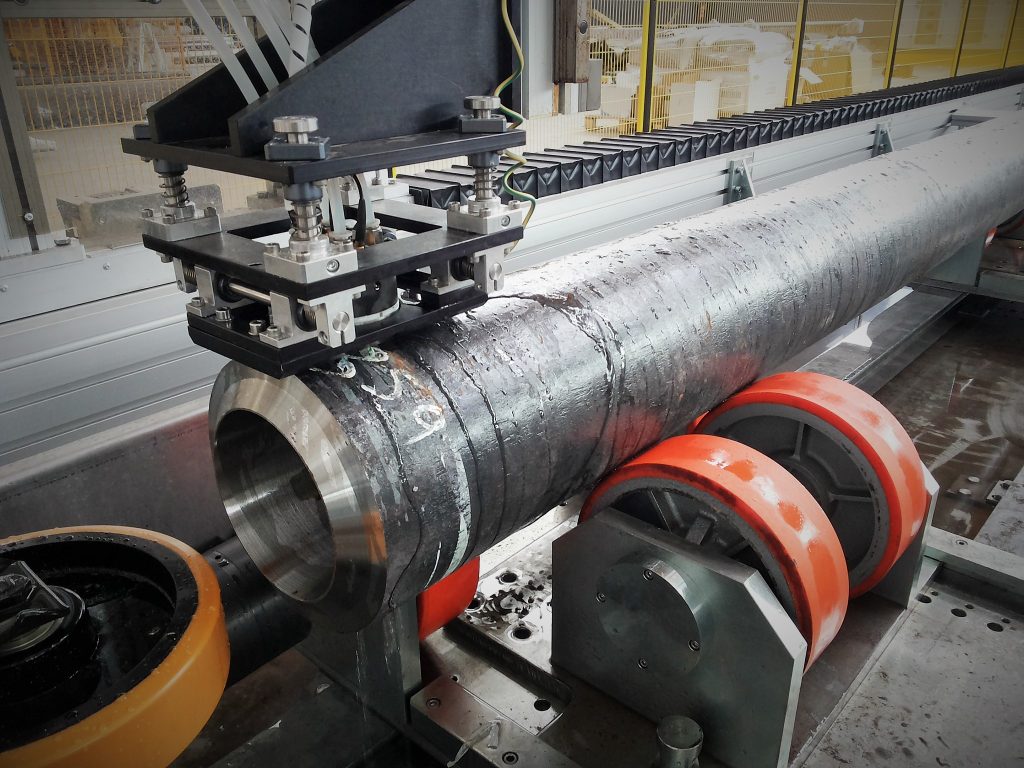